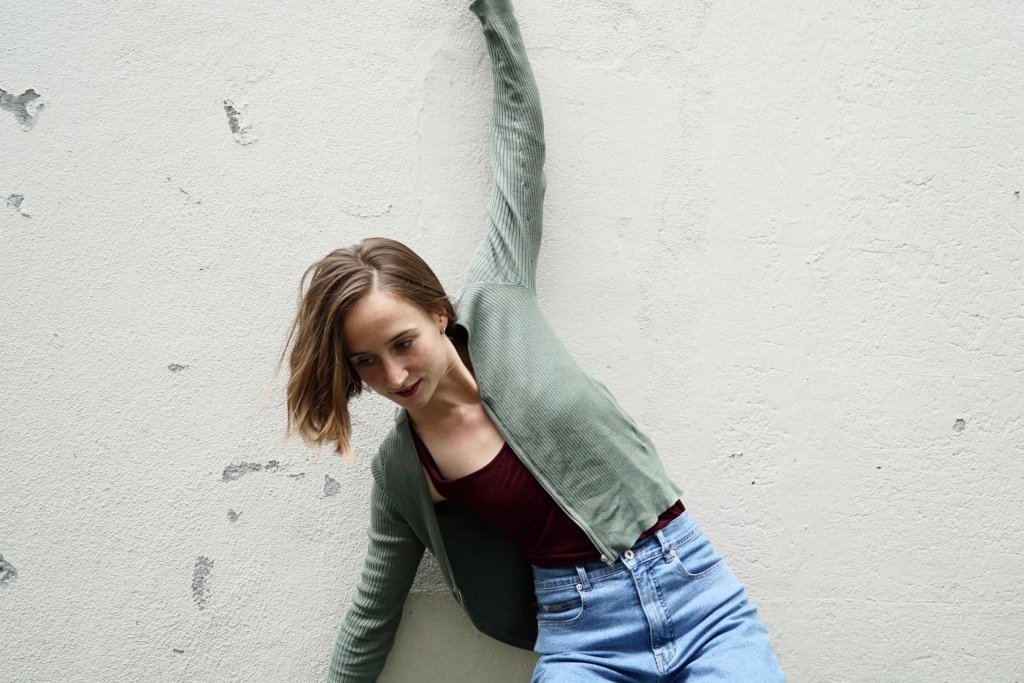 Yeli Beurskens is one of the founders of Danscollectief Arnhemse Meisjes. She is based in Arnhem and studied at the ArtEZ Dance Academy.

After her studies, she worked in different productions of Korzo, Dansateliers, De Nieuwe Oost and Telder. She was part of the new creations Quite Discontinuous (2013) and Kraai (2015) of Jasper van van Luijk, Spring Tide (2013) and About Lucian (2015) of Jens van Daele and Goldmund (2014) of Korzo and Orkater. In 2016 she started at De Dansers and took part in the creations Tetris, Ten Noorden van Nergens (2016-2018) and Binnenbeest (2017). Since 2016, Yeli worked together with Ricardo Ambrozió/Untamed for the recreation of Mind’s Mausoleum, after which they made the solo piece Just I together in 2019, which toured the Netherlands and Portugal.

Yeli is interested in intuitive, acrobatic and physically challenging movement and the relationship between herself and the floor, another person, an object or the surroundings. She likes to work together with other disciplines, such as circus and theater.

Within the dance collective, Yeli, next to dancing and creating, also organizes workshops for professionals and she teaches different audiences.