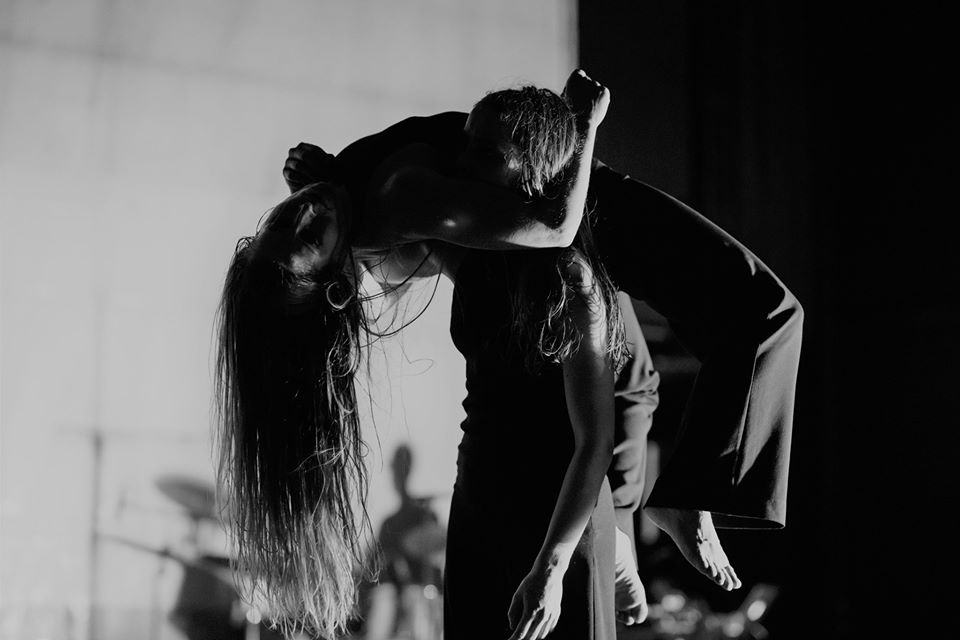 On the day of NachtHexen IV: Battre – Jens van Daele Burning Bridges | Arnhem, Jens van Daele and Patricia van Deutekom teach a Masterclass inspired by the specific identity of the work of Jens!

For inscription, send an email with your name, phone number and a short movement background description and/or CV to arnhemsemeisjes@hotmail.com
There are limited spots, so be fast if you want to join!

This workshop is open for all students in dance educations and dance professionals.

MASTERCLASS DESCRIPTION
During this masterclass, participants explore and confront the vocabulary of, and the way how, the company works. This will be by exploring the energetic movement language, by giving set material and through tasks to create new material.
The important factor for this masterclass is an introduction to the specific identity of the work of Jens. Through partner-work, floor-work, repertoire, how to develop new material and to introduce the ‘all or nothing’ method. Also to stimulate the creative mind, driving from your own identity, taking your own strength as starting point.

The masterclass will be led by Jens Van Daele himself and Patricia van Deutekom, one of the main dancers of the company.

ABOUT JENS VAN DAELE | BURNING BRIDGES
He trained in classical dance at the City Institute for Ballet in Antwerp. His carrier as a dancer began at the Walloon Royal Ballet (BE). During the years that followed Van Daele worked for many different companies in Belgium, The Netherlands and Canada. In 2004 he was awarded with the prestigious dance award the Swan for Best Dancer. Van Daele started creating his own choreographies in 1999. In 2008 he decided to end his dance career of 18 years, to be able to dedicate himself completely to creating choreographies. Over the last 10 years he creates his performances under the name of BURNING BRIDGES. Meanwhile his oeuvre includes dozens of national and international works created and performed in the Netherlands and abroad.
Van Daele’s idiom is powerful, unpolished, poetic and aims to find the most direct route to one’s core, one’s heart. The productions of BURNING BRIDGES have a multidisciplinary character, so they appeal to a broad audience each and every time. The technically challenging, universal dances, coupled with text in various languages, performed to live music, are ‘dance concerts’ as it were, and as such particularly well suited to international programming.

ABOUT PATRICIA VAN DEUTEKOM
Patricia graduated with a bachelor’s degree in contemporary dance at ArtEZ School of Performing Arts Arnhem (NL) in 2005. During her studies she danced in several works of Jens Van Daele (BE). Over the years Patricia became the main dancer of BURNING BRIDGES. She performed in more than 20 of Van Daele’s national and international productions. The last ten years she was also functioning as co-choreographer and rehearsal director. Besides that she leads the physical dance workshops and masterclasses of BURNING BRIDGES.
Besides her work with Jens, Patricia teaches contemporary dance, floor-work and stamina training at various Universities of Performing Arts such as Codarts Rotterdam (NL), Fontys School of Performing Arts Tilburg (NL), ArtEZ School of Performing Arts (NL) and Theatre Department Bytom – National Academy of Theatre Arts Polen (PL). She is also one of the dance teachers in the team of Talent development & Education Nederlands Dans Theater in The Hague (NL).